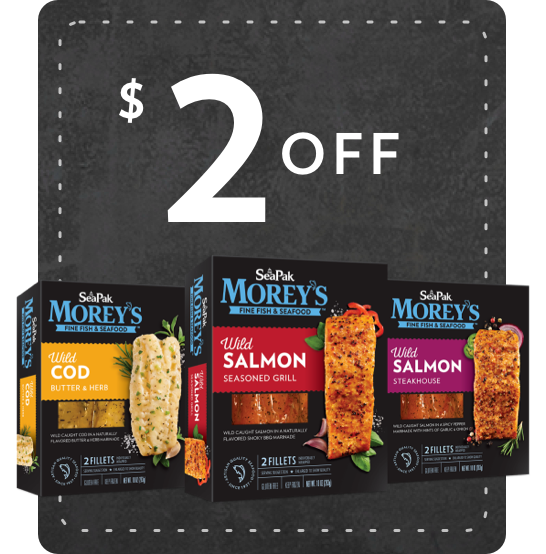 From delicious recipes to cooking tips and special offers, we've selected the best catches for your inbox. We will send you a $2.00 coupon to try us when you enter your email.

COOK FISH: Cook Morey’s Tilapia Seasoned Grill according to package directions of your choice (we used the baking method). Remove from oven and flake into large pieces.

MAKE SAUCE: While fish is cooking, make the sauce. In a small bowl, stir together the mayonnaise and BBQ sauce. Set aside.

TOAST BREAD: Set oven to broil. On a small baking sheet covered with foil, place the two pieces of bread and brush with olive oil. Sprinkle lightly with pepper. Broil until beginning to char around the edges.

FINISH SANDWICH: Spread sauce generously over the pieces of toast. Top each with fish and cheese. Return to broil until cheese is melted and bubbly.

TO SERVE: Top each sandwich with arugula. Drizzle each with olive oil and lemon juice. Sprinkle with a pinch of salt and pepper. Serve open faced.

PRO TIP: A layer of caramelized onions adds a nice savory sweetness to this sandwich. 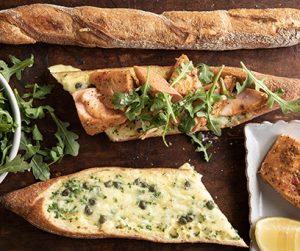 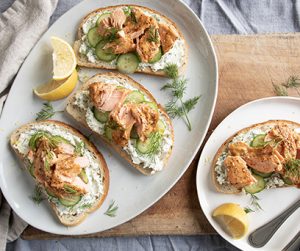 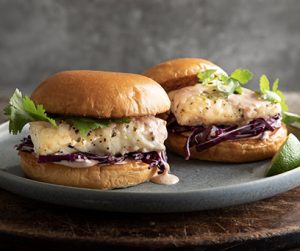 From delicious recipes to cooking tips to special offers, we’ve selected the best catches for your inbox. We’ll send a coupon directly to your inbox when you sign up!